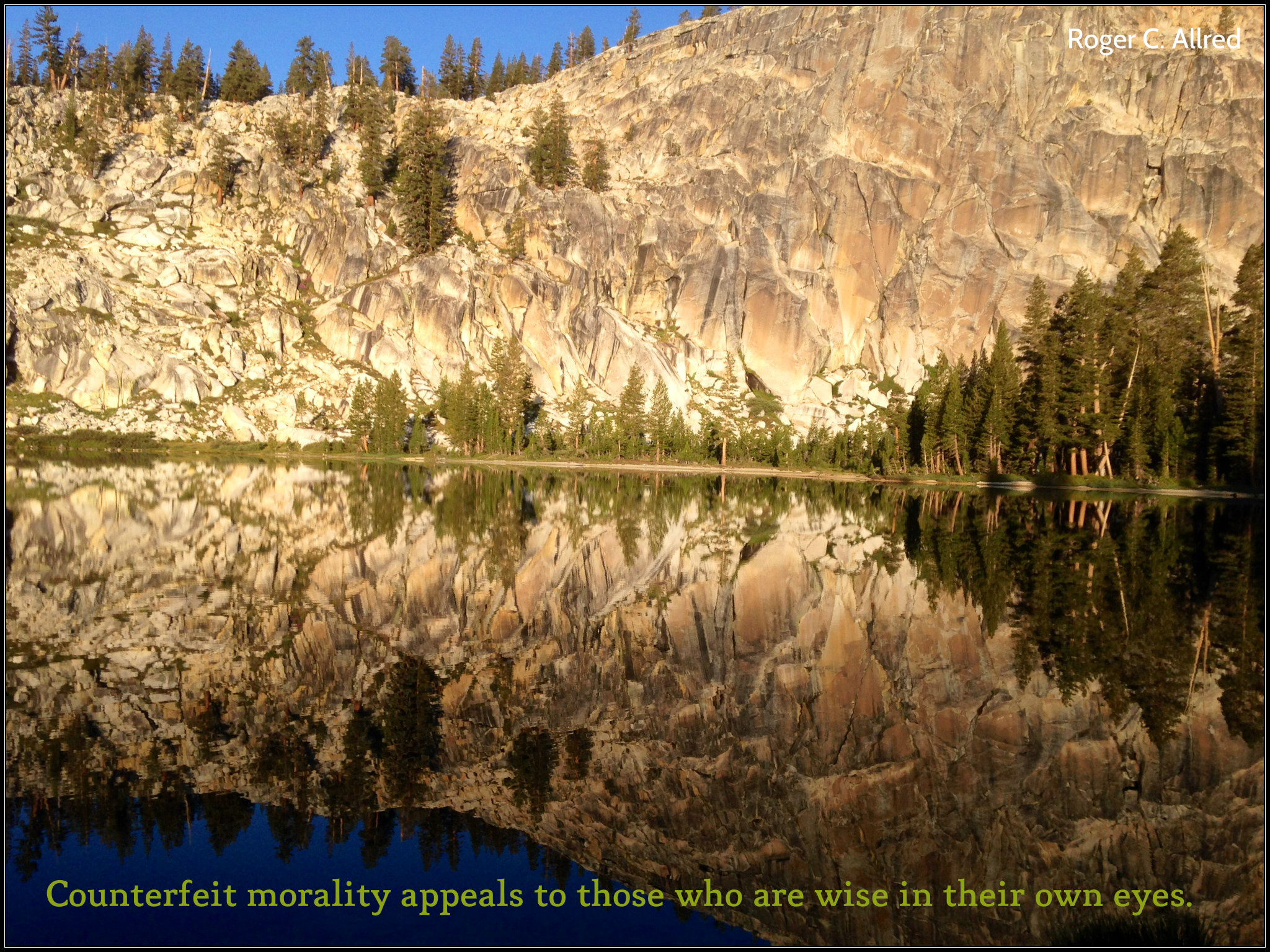 The First Amendment to the Constitution states, “Congress shall make no law respecting an establishment of religion, or prohibiting the free exercise thereof…” This “separation of church and state” is now typically interpreted as the exclusion of God from anything governmental.  Reading the speeches of the founding fathers reveals that they considered God an integral part of their lives and the existence of this nation.

The culture of our century is defined by Hollywood morality.  In other words, the moral compass of our country now consists of platitudes that reflect the philosophies of men with God playing only a minor role.

Of even greater concern is the impact that Hollywood morality has had on those who worship God.  Corrupt philosophies have led to a counterfeit tolerance that does not judge anything to be good or evil.  They attempt to claim their virtue by preaching, “God is love.”  God is just love and nothing else; no justice, no obedience, no self-control and no accountability?

This chic concept of situational ethics ignores consequences and the absolutes that God mandated.   As philosopher, C. Terry Warner put it, “Indulgence is a punitive counterfeit of charity.”

Counterfeit morality appeals to those who are wise in their own eyes.  Consider how the Ten Commandments have been perverted by otherwise God-fearing people.

1. Thou shalt have no other gods before me.

Haven’t we, as a society, embraced celebrities, sports teams, jobs, entertainment, etc. to be our modern-day gods?

2. Thou shalt not make unto thee any graven image.

Aren’t cars, boats, homes, jewelry, etc. forms of graven, or man-made, images that we can choose worship and adore?

3. Thou shalt not take the name of the Lord thy God in vain.

Isn’t profanity rampant in all segments of society with the name of the Lord featured prominently?  And, doesn’t using the name of our God in casual conversation and in meaningless oaths qualify as “in vain?”

4. Remember the Sabbath day, to keep it holy.

Are football, working, shopping, playing at the beach, going to Disneyland, etc. holy activities?  Is God’s designated holy day just like all the rest?”

5. Honor thy father and thy mother.

Does honoring our parents allow ignoring them in their old age?  How about when young adults live off the labors of their parents?  Finally, can we honor parents when we absolve ourselves of their care in favor of government agencies?

People don’t usually kill others, partly because of the consequences.  How about when they kill the spirit of another through abuse or neglect?  Isn’t abortion a form of killing, since that embryo already has God-given life in it?

7. Thou shalt not commit adultery.

Is it ever acceptable to trifle with the God-given power to create life?  Aren’t promiscuity, pornography, sexual abuse and perversion all forms of violating the sacredness of what God intended as marital relations for a husband and wife?  Isn’t sexual immorality one of the foundations of the corrupting Hollywood morality?

8. Thou shalt not steal.

Aren’t exorbitant judgments from groundless lawsuits now one of the major get-rich-quick scams of our day for dishonest plaintiffs and their attorneys?  Is it not also stealing to tax one group of citizens so politicians can improve their image by being charitable with other people’s money?

9. Thou shalt not bear false witness.

Don’t we allow a little cheating on a tax return, accepting political “spin,” twisting the truth to suit our needs and exaggerating the negatives about people we don’t like?

Aren’t debt, fashion devotion, and some forms of plastic surgery all manifestations of coveting things we don’t have?

Conventional wisdom teaches that we should do whatever we want unless it hurts another person directly and immediately.  Therefore, have sex outside marriage as long as you use a condom.  Ignore God because his justice is not immediate.  Cheat on your taxes as long as you don’t get caught.  Drive as fast as you want if you don’t hit someone else.  Do anything you want as long as you can get away with it.

Conventional wisdom is counterfeit wisdom.  The Ten Commandments are commandments and not suggestions or broad guidelines open to loose interpretation.  Justice will come.  Hollywood morality and our counterfeit culture will all unravel.  The only hope is to love God and our fellowman by keeping the commandments.  It is the only way to true happiness.