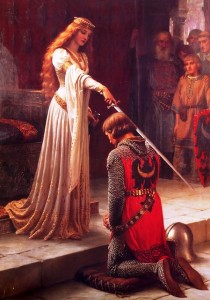 “The secret of success is sincerity.  Once you can fake that, you’ve got it made.”    -Jean Giraudoux

It is ironic that someone would try to fake sincerity, but sadly, it is fairly common.  In reality, success in management has nothing to do with sincerity.  I have seen bosses who sincerely think that the way to succeed is on the backs of their employees.  Most who have reached the management level will say, “Our people are our greatest asset.”  Many truly believe it but a far smaller group will treat employees that way.  They might talk about wanting to improve the corporate culture but sincerely do not want to make the necessary changes in how they reward their employees – Aye, there’s the rub.

Rewarding employees fairly has a direct impact on maintaining the company image, giving customers the service they expect, creating quality products, minimizing legal actions and increasing employee retention.  In that light, it is one of the most important keys of success.

Some argue that “studies have shown” that pay is not a motivator.  There is some truth to that statement it can not stand alone.  The complete truth is that pay, including bonuses and perquisites, is not a motivator when the pay is adequate and fair.

Adequate pay is enough for employees to maintain the minimum lifestyle that they are willing to accept.

Fair pay means that it is essentially equal to what others in similar positions are receiving both inside and outside of the organization.

I worked for an organization that had a large percentage of workers that were paid slightly above minimum wage.  Their jobs were emotionally and physically demanding; much more so that their friends who worked at In-N-Out Burger for relatively the same pay.  The turnover was horrendous, with all of the terrible side effects on their managers and the customers.

Management was reluctant to increase wages even slightly.  They often cited that many employees currently in management had begun their careers in the same low-paying jobs.  They neglected to recognize that the current managers were being paid approximately 30% more than minimum wage when they worked in those jobs, and the current employees were now making less than 10% more than minimum wage.  The current employees were living on government assistance and receiving help from their parents because their wages were neither adequate nor fair.

I finally convinced the owner to increase the starting salary and give modest increases to high performing staff.  The changes were immediate and significant.  Morale improved, customers received more consistent service, manager and employee complaints decreased dramatically and in the first 12 months of the program total turnover decreased by more than 25%.

Turnover costs are estimated to be $4,000 for an employee making $8 per hour, according to the American Management Association.  A study done at Louisiana State University for $8 per hour employees estimated the cost to be $25,000 per employee.  In this particular company, the turnover savings approximated $600,000 per year.  That was just the tip of the iceberg of benefits the company received for paying adequate and fair wages.

Paying adequate and fair wages applies equally to burger flippers, engineers and nurses.  Once the basic requirement of paying adequately and fairly has been met, the organization can work on the other rewards that will motivate their employees.

Each of the items on this list must be addressed to have employees that are motivated to achieve their highest potential.  The “non-compensation” rewards are interwoven in all of the 10 Best Practices of Exceptional Leaders and are addressed in the posts on this blog.