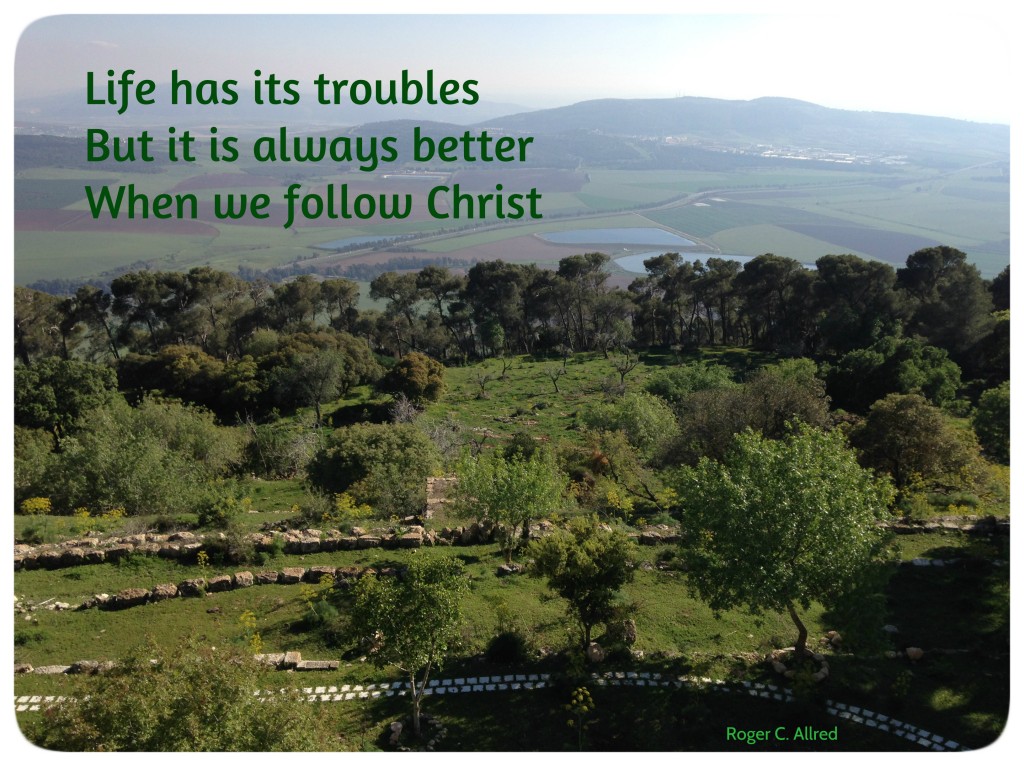 We recently visited our children who live across the country.  Since they live so far away, the grandsons are not used to having their grandparents around.  I was encouraging the youngest to help clean up his things in the living room.  He was not very happy and he looked up at me and said, “Grandpa, you’re not the boss of me.”

Later in the day, I was reading comments on Facebook regarding a post about religion.  I was shocked by the contempt and arrogance of some of the writers.  It was as if they were using adult words to express the same attitude as my grandson, “God, you’re not the boss of me.”

During my lifetime, I have met many people who have rejected or ignored God.  Their philosophies typically fit in one of the following five categories.

These individuals recognize his presence, or at least, his potential presence.  But, they will not surrender their will to anyone, including God.  The only commandments that they will obey are those that carry a legal penalty.  They will not kill, or steal but the Sabbath is not a holy day, using God’s name in vain is nothing and sexual relations of any kind are fine with consenting adults.

Sadly, they do not understand the significance of God’s commandments and they miss out on the related benefits.  We can choose our actions but we can’t choose the consequences of those actions.  Commandments are the source of wonderful blessings from God.

This philosophy assumes that God would not allow this life to be unfair.  A natural disaster, a baby dying, or a child that is a drug addict would not exist in the world that they would create.  They believe that since all of those are present in this life’s experience, there is no God.

The truth is that we do not have all knowledge and what we think we know could be false.  It is also true that life is not fair, but it was not meant to be fair.  It is a test of our faith and faithfulness. The faithful know that through the omniscience and omnipotence of God, all things will be made fair in the end.  God has a plan for us.  People of faith receive great peace in this life when things go badly.  The godless have nowhere to turn for peace when tragedy strikes, as it always eventually does.

Being wealthy, or intellectual, or very talented are wonderful accomplishments, but they often bring an arrogance that stifles a belief in God.  Those who are self-sufficient frequently think that they are smarter than those who recognize God’s hand in their lives.  This pride usually causes them to think that they don’t really need God.  Sometimes they will participate in religion because of the sociality or because it provides good programs for their children.  They, however, pick and choose what to believe, and what is not up to their intellectual standards.

This cafeteria style religion prevents them from fully benefiting from God’s love and guidance.  As Jorg Klebingat wrote, “Selective obedience brings selective blessings.”  Arrogance does not benefit anyone.  It strokes a man’s pride for a season but that season will end.  The wisdom of man is foolishness to God.  Nevertheless, God is always waiting for the proud to humble themselves and submit to his will.  When they do, life is better because following God is the only true path to happiness.

Some belief there is no force, or intellect or power higher than that of man.  Atheists often uses past abuses by religions as justification for categorizing all religion as evil and destructive but they choose to ignore the fact that the godless have historically been worse.  They also ridicule faith as self-induced in order to escape the realities of life.  Their belief is that we came from nothing and we will end as nothing.  Even brilliant minds, such as Dr. Stephen Hawking, have been seduced by their own intelligence.

Denying God does not make him cease to exist.  It only blocks the path of peace, joy, inspiration, comfort, guidance, family solidarity, hope and love that could be enjoyed by those who choose to reject him.  True disciples of God, and not those who would impose their religion on others, have always enjoyed divine guidance and better lives.

In the early 1970’s, Burger King introduced an ad campaign that told customers that they could, “Have it your way.”  It appears that many people want the same in religion.  They know God exists but they want him to allow them to live the way they choose.  In essence, they want to create God in man’s own image.  Some believe that they deserve to go to heaven because of what they believe and those who don’t believe the same as they do go to hell.

A God of justice would never give his people laws and not expect them to obey them, no matter what they claim to believe.  Our merciful God loves us and wants us to follow him because he knows that the more we become like him, the better and happier we are.  As a group, those who do what God commands have always been better people than those who have it their way.

As a Christian, I know that God lives.  I know that Jesus Christ loves me and has atoned for my sins, if I just repent.  I know from personal experience that Christ visits his people in their afflictions.  I know that when the Lord blesses his children, he usually meets our needs through another person.  I know that his commandments are a blessing to me.  I know that life is not fair but I know in whom I have trusted, that there is a purpose to my life and, through Christ, I can overcome any challenge.

God is the boss of me and I love him for it.