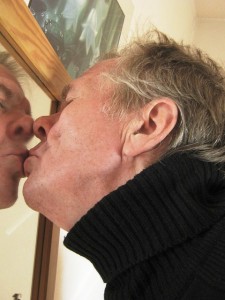 A lot can be learned from the ancient Greeks about ego and success.  Even though the gods in Greek mythology were often quite capricious and vengeful, the myths teach valuable leadership principles.  Apparently, human nature hasn’t changed all that much in the past 2,500 years.

Narcissus was a handsome young man who reveled in rejecting those who fell in love with him because of his beauty.  He tangled with the wrong gal when he rejected the nymph, Echo.  She prayed to Aphrodite who cursed Narcissus to fall in love with his own image.  He wasted away with love of himself while staring at his reflection in a pond.

Although there is a bit of narcissism in all successful people, it becomes pathological when our egos demand constant attention, admiration and reinforcement from others.  All too often, leaders of countries, non-profit organizations, businesses and the K-Mart shoe department become narcissists and everyone in their organization and their customers suffer as a result.

Some business executives have been so successful that they begin to think that anything they touch will turn to gold.  There are certainly some upsides to having the golden touch, but as King Midas discovered, the downside can be devastating.  Dionysus, the god of wine, granted the wish of King Midas that everything he touched would turn to gold.  He immediately tested his golden touch and to his delight, everything did turn to gold.  Not fully understanding all of the ramifications of his newly acquired power, King Midas touched his daughter and she also turned into gold.  His golden touch gave him all the gold he could want, but cost him human contact.

It is extremely damaging to an organization when executives begin to think of themselves as Greek gods and never stop to question their decisions, their opinions nor their virtue.  Like Midas, everything they touch seems to turn to gold so they begin to think that they can do no wrong.  The reality is that no executive is God, and when narcissism causes them to ignore reality, they are naturally prone to mistakes and to offense.

It is fair to observe that there are many toxic individuals who own or manage very successful organizations.  Therefore, one does not have to be an exceptional manager to get promoted or to make a lot of money.  Having worked for and with such individuals, these are the downsides I have observed.

Any enterprise will be more successful when leaders realize that they are not Greek gods and descend from Mt. Olympus to mingle with the mortals.  The next ten best practices will make mingling more effective and will help prepare others for executive positions.

According to the August 2013 Harvard Business Review article Connect, Then Lead  by Cuddy, Kohut and Neffinger, “A growing body of  research suggests that the way to influence – and to lead – is to begin with warmth.  It facilitates trust and the communication and absorption of ideas.”  They also cite a study by Zenger and Folkman where only 27 of 51,836 leaders were rated in the bottom quartile of likability and the top quartile of leadership effectiveness. In other words, you have a 1 in 2,000 chance of being a good leader if you are a jerk.

Robert K. Greenleaf, the author of one of the seminal works on effective leadership, The Servant as Leader, wrote, “The first and most important choice a leader makes is the choice to serve, without which one’s capacity to lead is severely limited.”  Being smart or experienced or decisive are all great leadership qualities but the attitude of service is the most crucial for lasting success.

A leader who has developed the attitude of service has something more precious than a golden touch.  He or she leads with moral authority, which is the authority granted to a leader by those who are being led.  Therefore, the followers are more inclined to do the right thing for the right reason, which is naturally self-perpetuating.  That leader has the potential to build a lasting legacy, without the havoc that typically accompanies the leader who has not learned how to check his ego at the door.