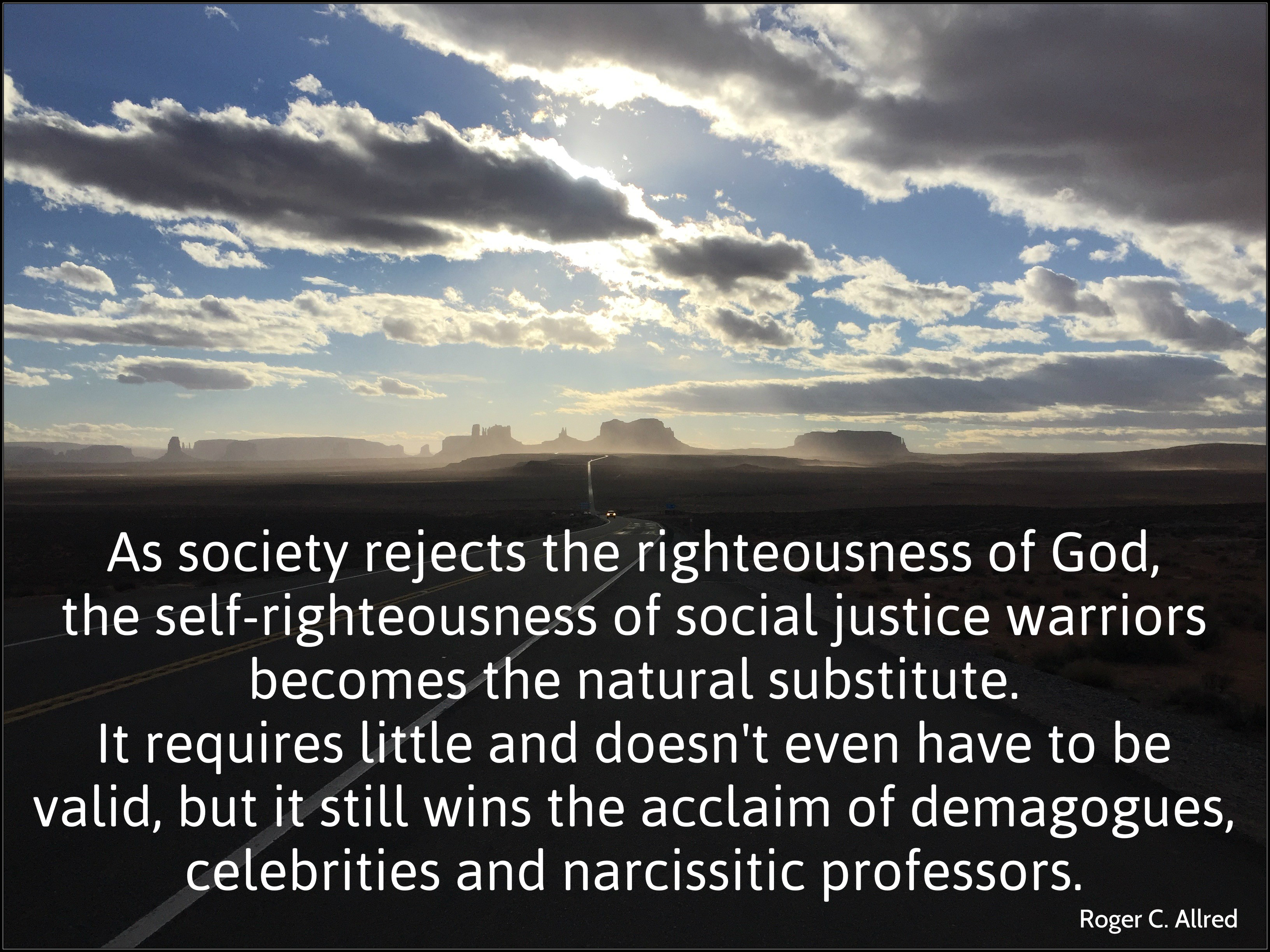 The United States of America has always tried to lift the poor and care for the weak.  Billions of tax dollars have been spent on aid and assistance.  The citizens of the US also donate more to charity than any other people.  Almost all Americans support being charitable. It is part of our Judeo-Christian heritage.

Our collective desire to help others has created fertile ground for the rise of so-called Social Justice Warriors (SJWs). These SJWs include some who are truly trying to help, even if some solutions are worse than the problems.  Sadly, many SJWs have been exploited by those who only want political power or to be part of a fashionable cause.

SJWs have always been around but, with the rise of social media in the 20th century, they have been given a more powerful voice.  The typical methodology of these SJWs is to advocate for a more socialist government with increased government control over all aspects of our lives.  These solutions kill the goose that laid the golden egg, thus undermining the mechanism that allows the poor and needy to be helped, and robbing us all of the rights and freedoms we enjoy.

John Lennon and Yoko Ono penned the very popular song, Imagine, in 1971.  They were two of the SJWs of their day.  As SJWs in all ages, they thought they had the answers to all of the world’s problems.  They were wrong.

Lennon and Ono want us to “imagine” no heaven, no hell and above us only sky – a not so veiled attempt to reject God and his justice. They would have us believe that peace comes from ignoring God in favor of whimsical societal norms.  We are also to imagine no countries, no religion and no possessions.  We would have no allegiance, no rights, no anchors.

We must not be deceived to believe in a world without evil and tyrants who would demand our all. In contrast, history has proven that the capitalist, Constitutional republic of the United States of America has been the most charitable, just and wealthy nation in the history of mankind.

Over three centuries before Lennon and Ono, Miguel de Cervantes clearly illustrated the folly of the SJW. In 1615, he wrote Don Quixote, which many consider to be one of the greatest works of fiction ever written.

This is how Miguel de Cervantes described Don Quixote, the SJW of his novel – “It now appeared to him fitting and necessary, in order to win a greater amount of honor for himself and serve his country at the same time, to become a knight-errant and roam the world …he would right every manner of wrong.”

The similarities to the modern SJWs are obvious.  “To dream the impossible dream, that is my quest,” Don Quixote said.  And, Sancho Panza, a laborer, who was promised great wealth and power, was a devoted follower.  In every age, there are always a host of followers who anticipate a great, unearned, reward.

Just as Don Quixote tilted at windmills who he imagined to be evil giants and attacked sheep who he imagined were soldiers, modern SJWs are pursuing quixotic causes that are creating a schism that is unprecedented since the Civil War.  This is no longer a matter of how to best address societal issues.  Half of the country believes that the other half is undermining the very foundation of the USA.

These are just some of ideas that create divisiveness:

And the list goes on and on and on.  The citizens of the US are not getting dumber, which begs the question as to why these SJW causes get traction.

Richard Nisbett and two colleagues at the University of Michigan published “Insensitivity to Sample Bias” in October 1980.  In that study, Nisbett showed conclusively that emotion trumps facts.  The test subjects routinely ignored the facts given them in favor of a single story that illustrated the opposite of the facts.

The bottom-line is this – SJWs use heart-wrenching stories, manipulated data and deceptive euphemisms to promote their causes, in spite of the facts.  In addition, they advocate banning so-called “hate speech” in favor of political correctness which is frighteningly similar to the “newspeak” defined by George Orwell in his book 1984.   This classic novel describes how a totalitarian state is controlled by the “thought police.”  In the 21st century, the thought police have been replaced by social media, late night TV comedians, self-serving educators and power-hungry politicians.

SJWs have been given license by our society to “right the unrightable wrong,” as they imagine it to be.  As a result, SJWs breed mistrust and hatred among races, genders, religions, cultures and social classes.  The “social justice” of SJWs would reduce our free nation to a fractionalized populace under an unprincipled ruling elite.

Helping others means actually working to do something meaningful for the poor and needy.  It is not to fabricate, celebrate and exploit victimhood.  Our nation needs to rationally discuss the legitimate needs of our citizens without hyperbole and self-interest.  History has proven that our country can address the needs of our citizens without the hype and duplicity of most social justice warriors.  Instead, we need thoughtful, honorable and equitable patriots who will return us to “one nation under God.”